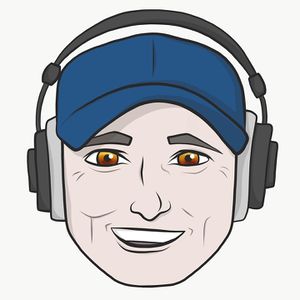 Chris Perkins has been working at the Dungeons & Dragons brand for over 20 years. He was the DM of the Acquisitions, Inc. podcast that has grown into a present day phenomenon and he is currently regarded as one of, if not the, best DMs in the world.

Chris Perkins decide at an early age that he wanted to make D&D products. He began sending submissions to Dungeon Magazine. He submitted a Top Secret adventure to Dungeon that was ultimately never used, called "Operation: Ice Capade."

His next submission did make it: "Wards of Witching Ways," published in Dungeon #11. He wrote it at the age of 17 under the pseudonym "Chris Zarathustra".

When he was In his 20's, Chris was teaching English classes to adults who had gone back to school to get their high school diplomas. He developed a relationship with Dungeon Magazine through his frequent submissions. He sent so many submissions that editor Barbara Young told him: “I’ve seen so much of your work that I’m starting to say, ‘Which of these Perkinses should I take?’ You’re competing with yourself by sending too much at once.”

In 1997, he was called by Wizards of the Coast to be the new editor of Dungeon Magazine.

While working at Wizards of the Coast, Chris was a player in Monte Cook's Praemal campaign. This campaign was a testing ground for what would become the 3rd edition rules of Dungeons & Dragons. Chris wrote a bit about this campaign on numerous occasions.

"A few months after I joined Wizards of the Coast, Monte Cook told me about a new D&D campaign designed to test some experimental rules. He offered me a seat at his game table, and once a week for three years we explored the world of Praemal (the lesser-known precursor to Monte's more famous Ptolus campaign) and playtested rules that would gradually evolve into what is currently referred to as '3rd Edition.'[1]

"For the past two years, I've played a fighter in the world of Praemal, Monte Cook's ongoing AD&D campaign. The world is ambitious and peculiar, much as you'd expect from someone who's spent the last several years invoking the wacky, other-worldly idiosyncrasies of the Planescape setting."

"In Praemal, all great heroes have destinies, all major villains have world-spanning ambitions, and all important features of the land have a surreal majesty. A door is seldom a door, a forest is never what it seems, and the laws of physics are routinely trampled."

"Week after week, Monte reminds me that weird can work - and that fun sometimes means breaking the rules."

"The Praemal campaign ended spectacularly with the PCs crashing a moon into a planet. It sounds absurd, I know, but really it seemed like a good idea at the time."

"The Praemal and Ptolus campaigns are distant memories. I don't remember the names of all the player characters or all of the villains we faced, just the really weird stuff and the really big stuff . . . like the time my elf rogue/wizard/fighter banished his dark elf nemesis to the sun's core. That doesn't happen every day." [2]

It is believed that Chris Perkins had 3 characters over the course of the campaign:

Sean K. Reynolds wrote about this campaign: "One player (Chris Perkins) ran a character in both games. His characters were twin brothers, and sometimes they would switch groups, and not tell anyone. It came out in the course of the game, and people would start to ask which twin he was. Then it became even more complicated: one of the two characters was kidnapped by Drow, and then replaced with a spellcaster in disguise. Monte knew Chris well enough to know it would fly with him. Chris played the replacement."

During the 4th edition era, Chris wrote a column called "The DM Experience", which ran for a few years on the wizards site. The column was very popular and influential.

The DM Experience was full of advice from someone actively running two games per week.

Chris wrote about running his Iomandra campaign, a world full of islands ruled by dragons. He ha two adventuring groups operating in the world at the same time.

Chris has written many popular and influential adventures, including:

Chris has been the Dungeon Master on every episode except for episode 73, run by Mark Hulmes, and episode 88, run by Anna Prosser Robinson.

On episode 88, as a player, Chris ran an imp named Umpox.

Chris has run many other games available online: